Since inception i.e. 2008, the Indian Premier League is the most-attended cricket league in the world initiated by the Board of Control for Cricket in India. You can guess the popularity with the simple fact that IPL ranked sixth by average attendance among all sports league popular worldwide. The 13th edition of the Indian Premier League is scheduled to take place between March and May 2020. Here you will get the Team Squad or players’ list, Venues, Schedule of Vivo IPL 2020.

The 13th edition of the Indian Premier League is scheduled to kick start on 29 March 2020 between Chennai Super Kings and Mumbai Indians at Wankhede Stadium, Mumbai.

Needless to say, 8 teams will be competing in the Vivo IPL 2020 played across 8 venues namely

The semi-finalists of IPL 2019 have retained 11 players from last season. Here is the snapshot of players and their bid price.

The finalists of IPL 2014 have retained 16 players including 4 foreign players from last season. Here is the snapshot of players and their bid price.

Despite the three times final defeat in the IPL, the Royal Challengers Bangalore is looking forward to winning the IPL title by retaining only 13 players, in their IPL team including Virat Kohli, AB De Villiers, Yuzvendra Chahal, and Washington Sundar, etc. 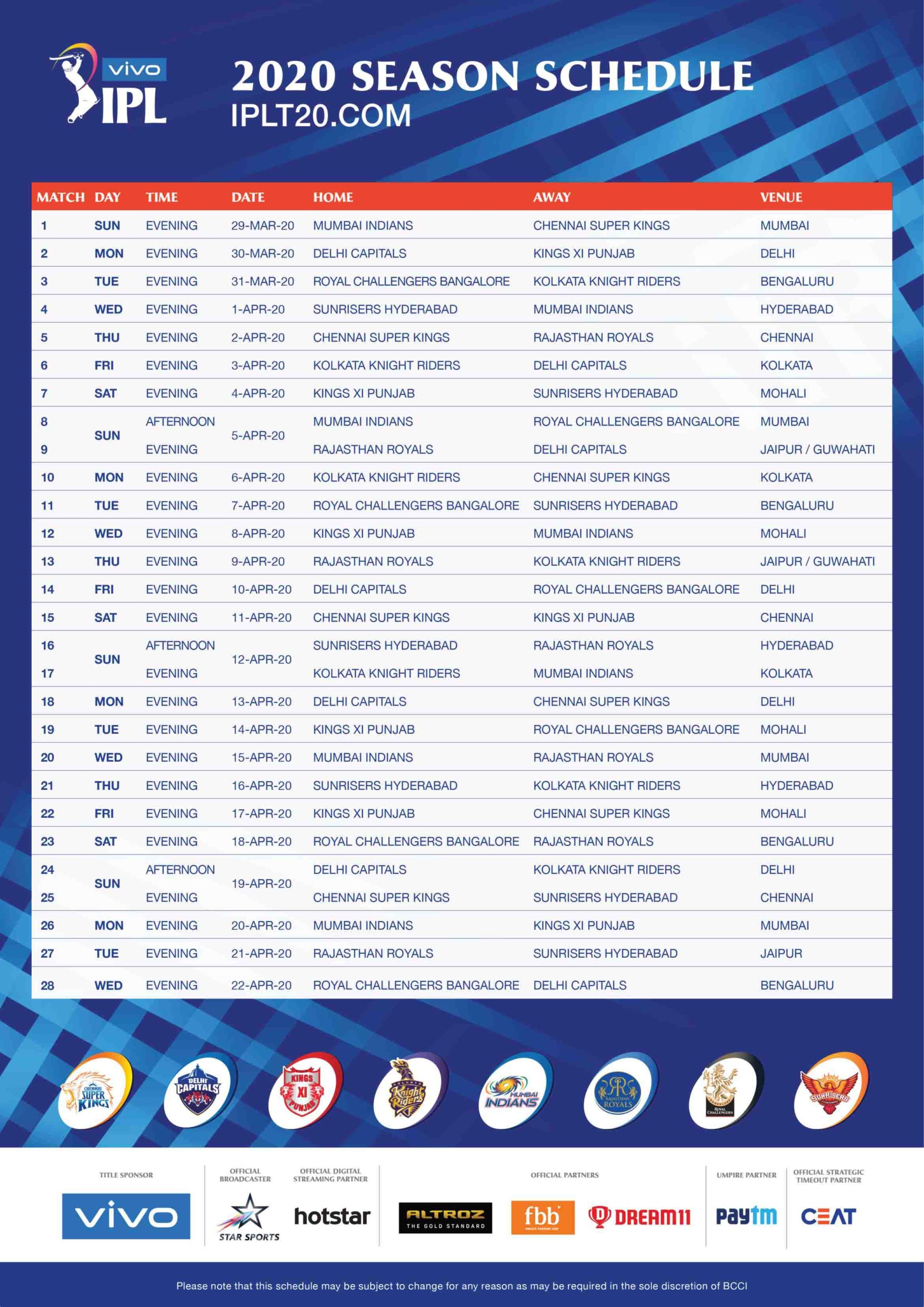