The Spanish property market has several reasons that make you want to step into the business. Whether it’s for your residence or rent, buying a property in Spain pays off.

This is due to the rich culture and history of the place. It attracts tourists and travellers from all over the globe who come to see the beauty of Spain.

However, as a foreigner, buying a property in a country where you do not have much knowledge of, can be risky.

It comes with several factors that you must be aware of, some things you need to take care of to avoid scams and fluctuations of the Spanish property market.

This guide on how to buy a property in Spain is all you will need to go through before making a final decision.

We have covered a list of topics in this guide that are more than enough to give you an idea of Spanish real estate.

Is buying a property in Spain a good investment?

First things first. Are you planning to buy a property or do you want to rent one? If you plan to stay in Spain for a short stay then renting would be the best option.

However, if you are up for facing the business deals in Spanish real estate, then look no further. Owning property in Spain has its benefits.

The country has over 80% of residents owning their own homes.The best part is that having your residence in Spain opens the door to getting a Spanish passport.

The Spain Golden Visa program enables investors and foreigners to get Spanish citizenship in return for buying real estate of a value of at least €500,000.

Not only do you get to live in one of the top countries of Europe, but the affordable lifestyle in a country rich with cultural heritage is what you get too.

The cost of living in Spain is a lot cheaper as compared to other European countries. Spain is well-known to be a welcoming country that allows foreigners to settle there and get Spanish citizenship.

Other than that, the high number of tourists that flood Spain every year is a great way to get the most income out of your property.

You can easily get your property rented by tourists and earn a handsome amount of money this way. Other aspects such as a prosperous economy and the tourism industry make buying a property in Spain worth it.

Where to buy a property in Spain?

Properties are bought in Spain from all around the world but the British, Germans, Italians, and Swedish people are the top buyers. The top regions where foreigners decide to settle are described below.

Coming on the top of our list is the Alicante region. The name translates to the city of lights and is a popular area for foreign investors to invest in.

It is situated close to the south-eastern coastline, has several beautiful beaches nearby, and the region is filled with traditional Spanish style properties.

The climate of the area is perfect. The old towns of the Alicante region are well-known for their delicious cultural cuisines and seafood restaurants.

Just around the southern coast, the province of Andalusia is the center of tourism in Spain. The climate of the region is hot and dry. Andalusia, however, has several beaches that attract tourists from all over the world.

Properties in Andalusia can give off a good income due to the high number of visitors. The province is flourishing with its fishing industry. Starting up a seafood restaurant might also be your cup of tea.

Madrid is the heart of Spain. When it comes to buying a property in Madrid, the pros of living there are just endless.

The city is full of art museums and historic places that make it the biggest attraction to tourists.

The city is populous, and the properties are a bit expensive as compared to other regions, but eventually, the cost gets compensated by the high income of rent.

Madrid is one of those cities that never sleep. It is ideal for a high standard of lifestyle, and the daily living expenses are not an issue either.

How much will property in Spain cost?

The most frequently asked question about Spanish properties is, of course, the cost. To answer that, it is necessary to analyze the number of factors that an investor handles when buying a property in Spain. It would be quite difficult to come up with an estimated amount.

Many factors are to be taken into account, such as the region, the town, etc. However, taxes are certain.

Overall, the seller gets to pay some of the taxes, an estimate of 25% of what the seller profits, goes to the government.

Such is not the case with the buyer. But to give you an idea of taxes on buying a property in Spain, below are some of the basic fees that you’ll need to keep in mind.

These taxes are paid by the buyer when buying a property in Spain. Be advised that these apply to properties that have been sold before.

In the case of newly built and never before sold properties, the buyer has to pay the VAT (10% of the property’s value) and stamp duty (1% of property value) as well as the above-mentioned charges. 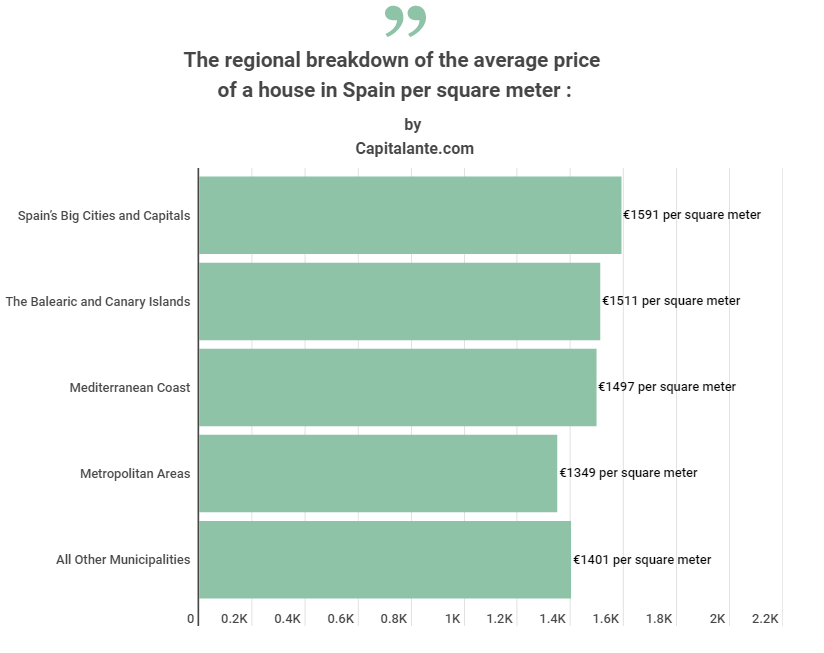 After you’ve decided on the region in which you want to buy your property, it is high time you seek some legal advice from a professional.

We strongly advise that you opt for a lawyer who is an expert in Spanish real estate laws. Hiring a lawyer who works only for your interest and serves no other agencies related to real estate would be the best move.

If you decide to work with a lawyer from your own country, ensure that they are qualified and reliable to handle the Spanish procedure of property transfer.

If your lawyer is in Spain, ask for the necessary info such as their registration number and other info to double-check it.

You do not want to sign any contracts with sellers or property dealers before you seek legal advice from a lawyer. Do not depend entirely on your lawyer either.

You can easily visit websites that give valuable information regarding real estate in English. Get yourself aware of what you’re getting into.

After you get legal advice from your lawyer, you can make an offer to the seller in Spain. If the seller accepts your offer, then both the buyer and seller are required to sign a preliminary contract known in Spanish as Contrato Privado de Compra venta.

The procedure is then carried further when the buyer makes a deposit. It is usually around 10% of the price of the property.

If the seller has some extra requirements such as mortgage arrangement, make sure you accept all of them.

In the end, the main selling contract known in Spanish as escritura de Compra venta is signed by both parties in the presence of the notary.

The buyer then is responsible for paying for all the liabilities that now sit on his shoulders.

The services of the notary are not fully required throughout this procedure, but it is highly recommended.

Other expenses, such as registration fees and taxes, must be paid by the buyer. The registration of the property can also be done through the notary, but the cost would then, of course, be increased. 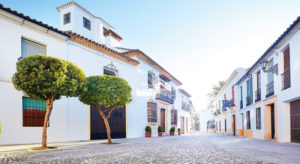 As we know, after the UK has parted ways with the European Union, the rules and laws that apply to UK citizens also came to change. However, it must be noted that until December 31st, 2020, British citizens have the same rights as Europeans.

The decision allows them to work, study, and travel in Europe as they used to before. Nothing will change until January 1st, 2021.

It is also necessary to state that Brexit does not mean that UK citizens will not be able to buy properties in Spain.

Since Spain welcomes foreigners from all around the world, it will still allow UK citizens to invest in its cities.

The only impact Brexit had on Spanish properties that is worth mentioning is the decline of UK citizens buying properties in Spain. This is probably due to sterling’s weakness compared to the euro ever since the Brexit result.

In 2013, Spain launched a program that allowed foreigners to gain family residency. The golden visa program helps investors get a permanent residency permit if an investment of at least €500,000 is made in real estate.

There is also another way of getting this citizenship. It can be applied easily after one has spent living for 5 years in Spain.

Both of these residency permits have different restrictions and rules. Their renewal policies are different, as well.

The golden visa program in specific has led to attract investors and invest in real estate of Spain. Since having a second passport is handy in so many cases, it would be unwise to not apply for a Spanish one when you’re investing in Spanish real estate.

Spain is one of the top countries in Europe in terms of attracting tourists. Not to mention its cultural heritage and rich history that makes it the heart of Europe.

The stable and progressive economy of the country has led investors from all around the world to take part in the flourishing Spanish real estate.

Especially now after the groundbreaking impact of the Covid-19 pandemic, the economy is set on its road for revival and desperately needs investments to get back on track.

Whether you’re looking to settle in Spain permanently or want your property to get rented by visitors, the decision of entering the Spanish real estate market would surely pay off.

However, we strongly recommend our readers interested in buying Spanish properties to carefully analyze and research before taking a big step.

It is necessary to seek legal advice from a professional lawyer that knows the property market of Spain. We hope this guide was helpful to you in evaluating the advantages of investment in Spanish property.